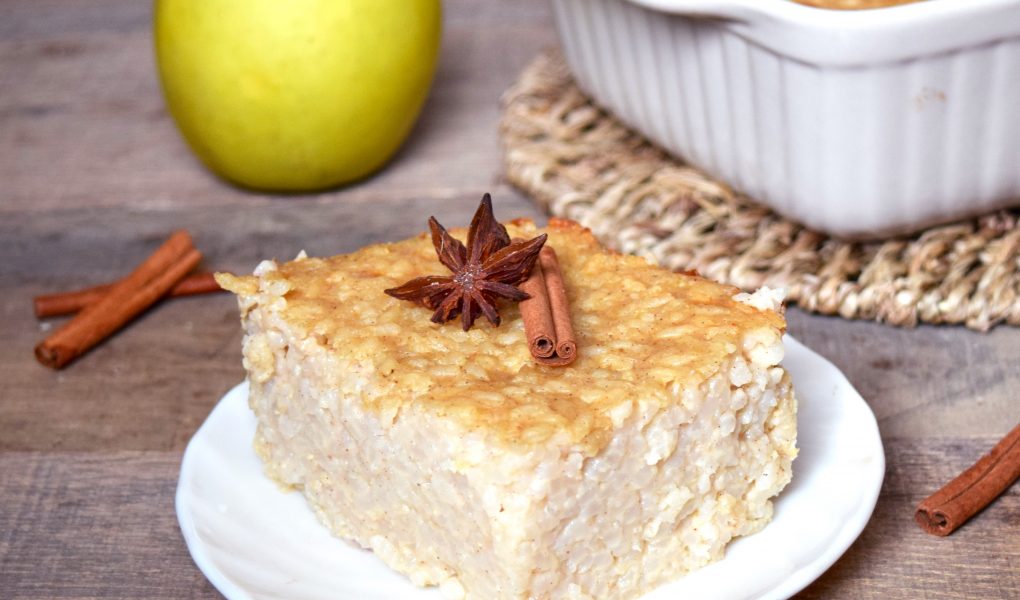 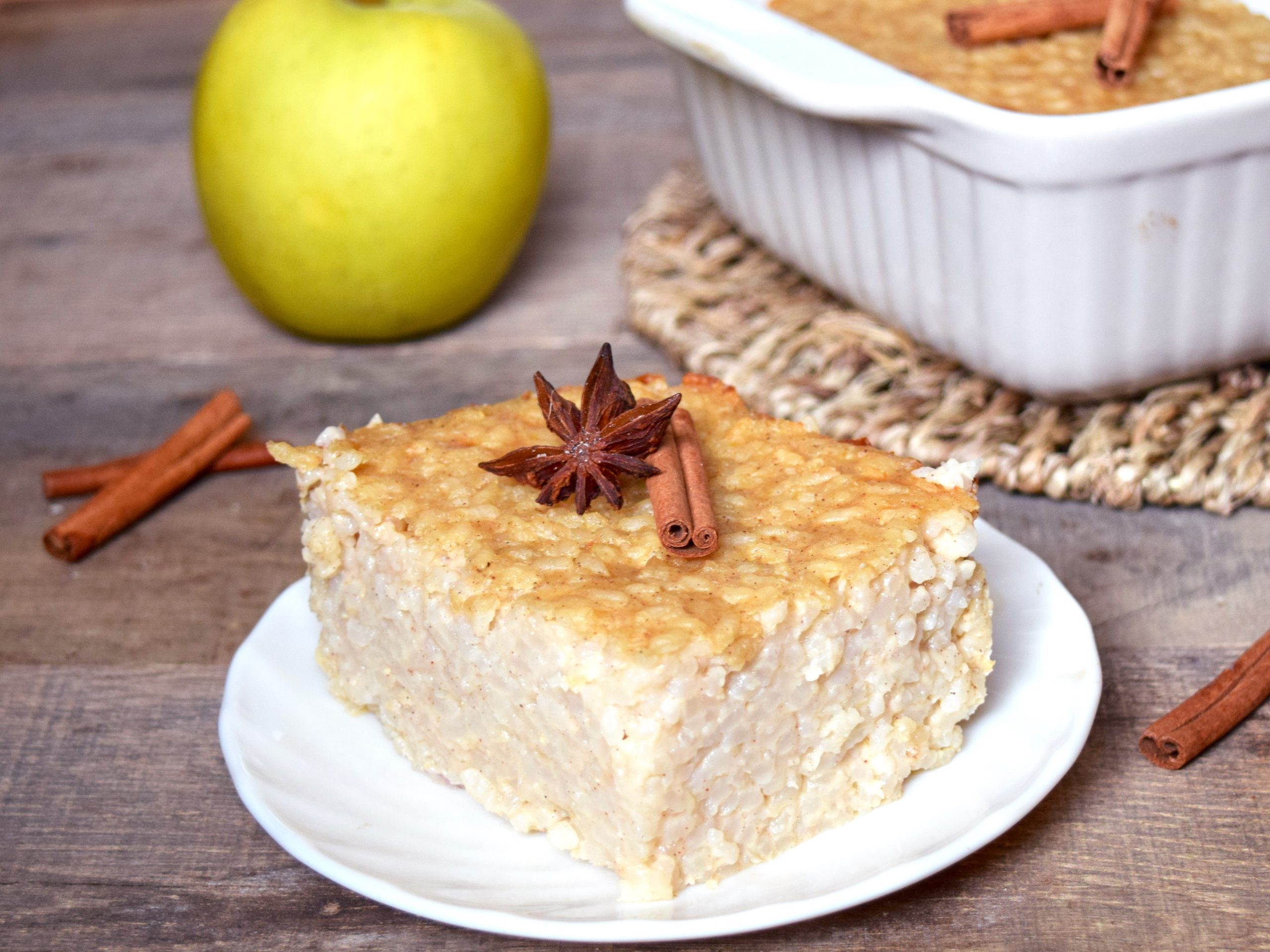 This baked rice pudding that has crunchy crust on the outside and is soft and juicy on the inside is an irresistible cozy treat! Apples and cinnamon give it an incredible taste and fill the whole house with amazing aromas. 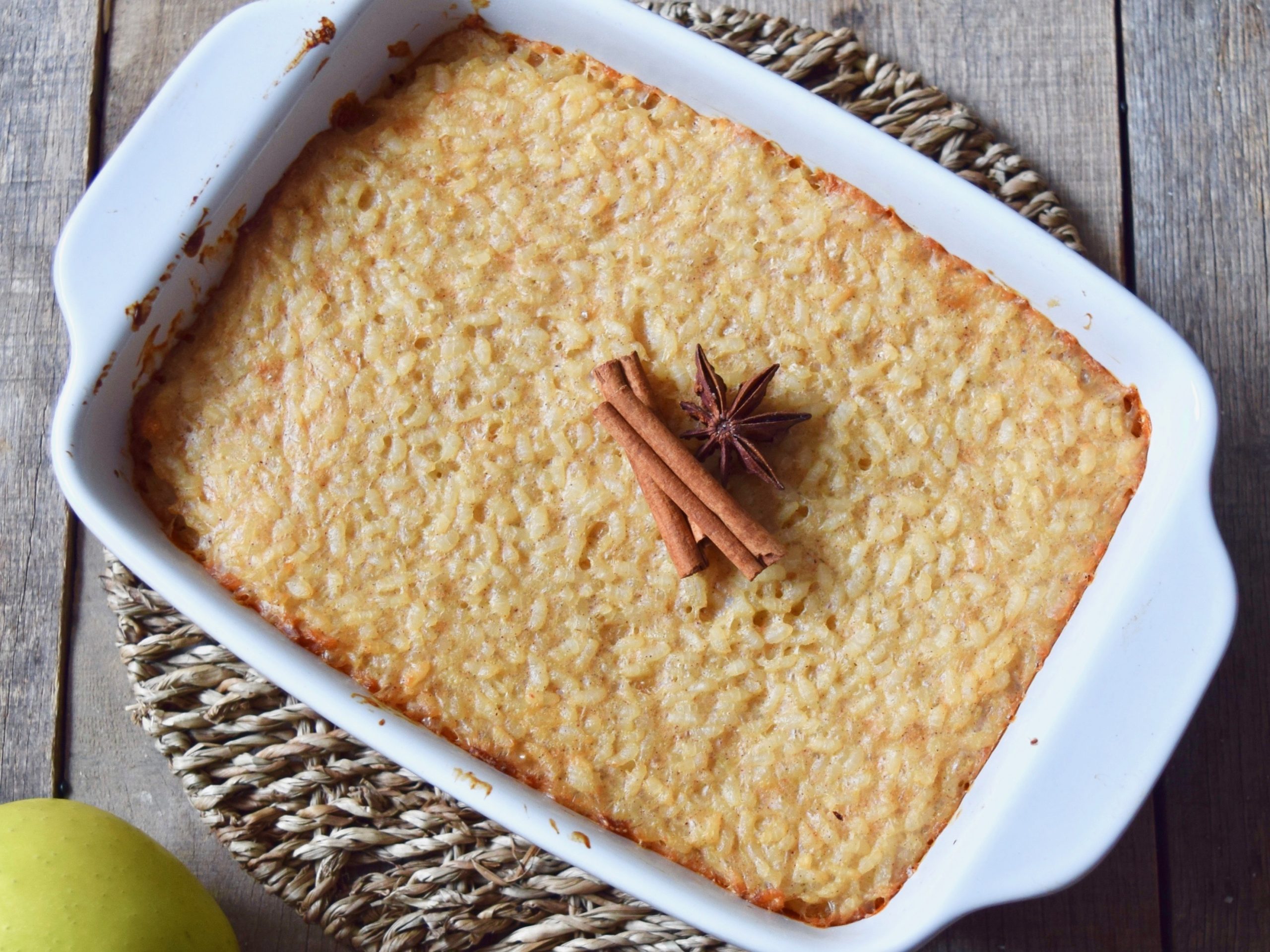 Baked rice pudding is very simple to make, you only need a few ingredients and they are all healthy! So you can enjoy this as a healthy breakfast or even snack. It is also sugar free and oil free.

The ingredients that you’ll need to make it are:

If you like raisins, you can add them in, they are great pre-soaked in some rum or juice. You can also skip cinnamon if you don’t like it, or add some other spices, like ginger, nutmeg, turmeric… There are really many possibilities to customize it to your own taste. We are obsessed with apple and cinnamon combo, so this is our favourite one to make. 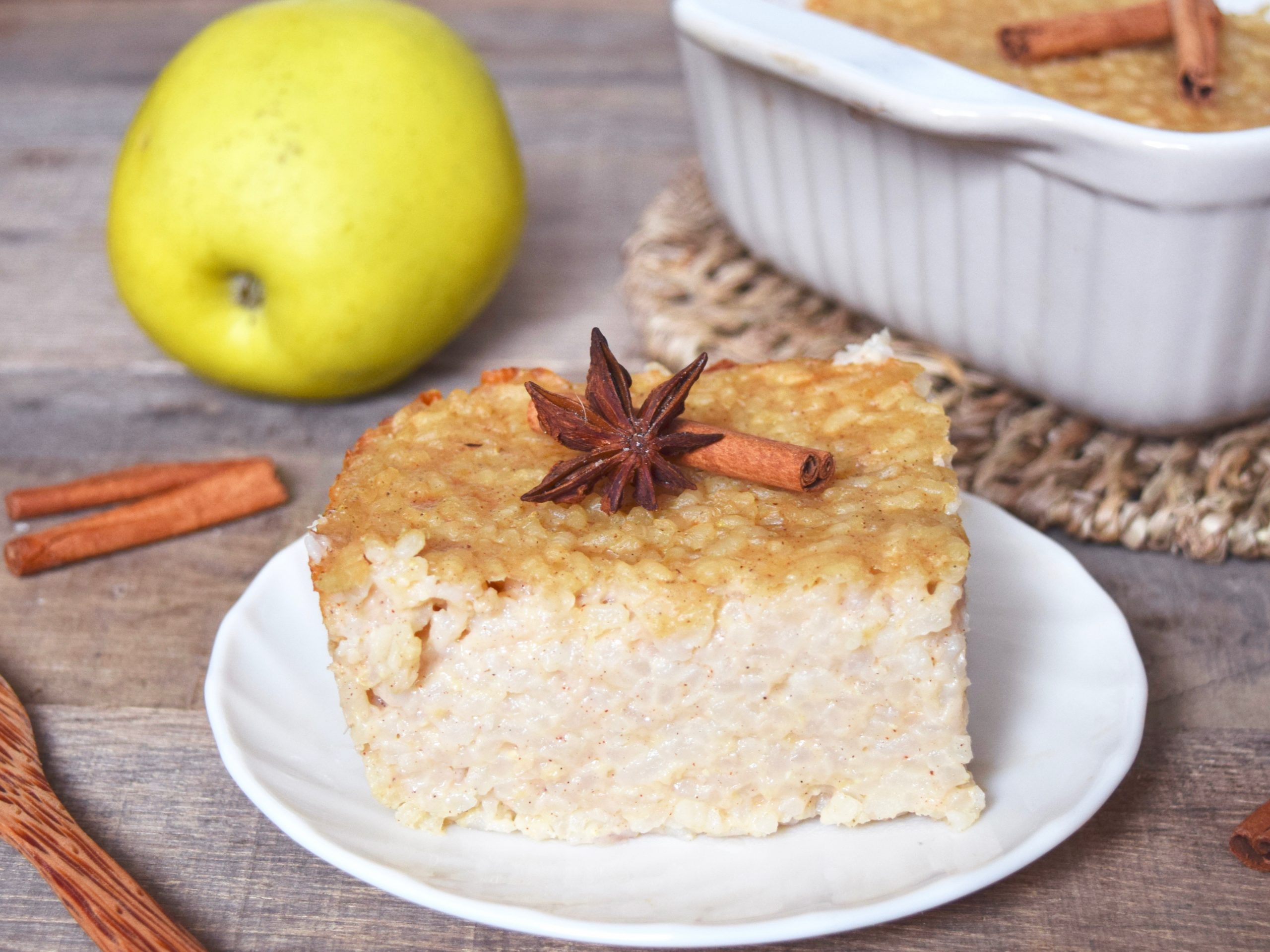 If you don’t have the time to bake the pudding or just don’t want to turn on the oven, you can try making cooked milk rice, that is just as good as baked. 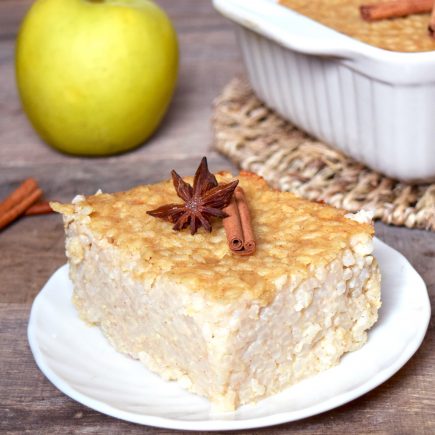 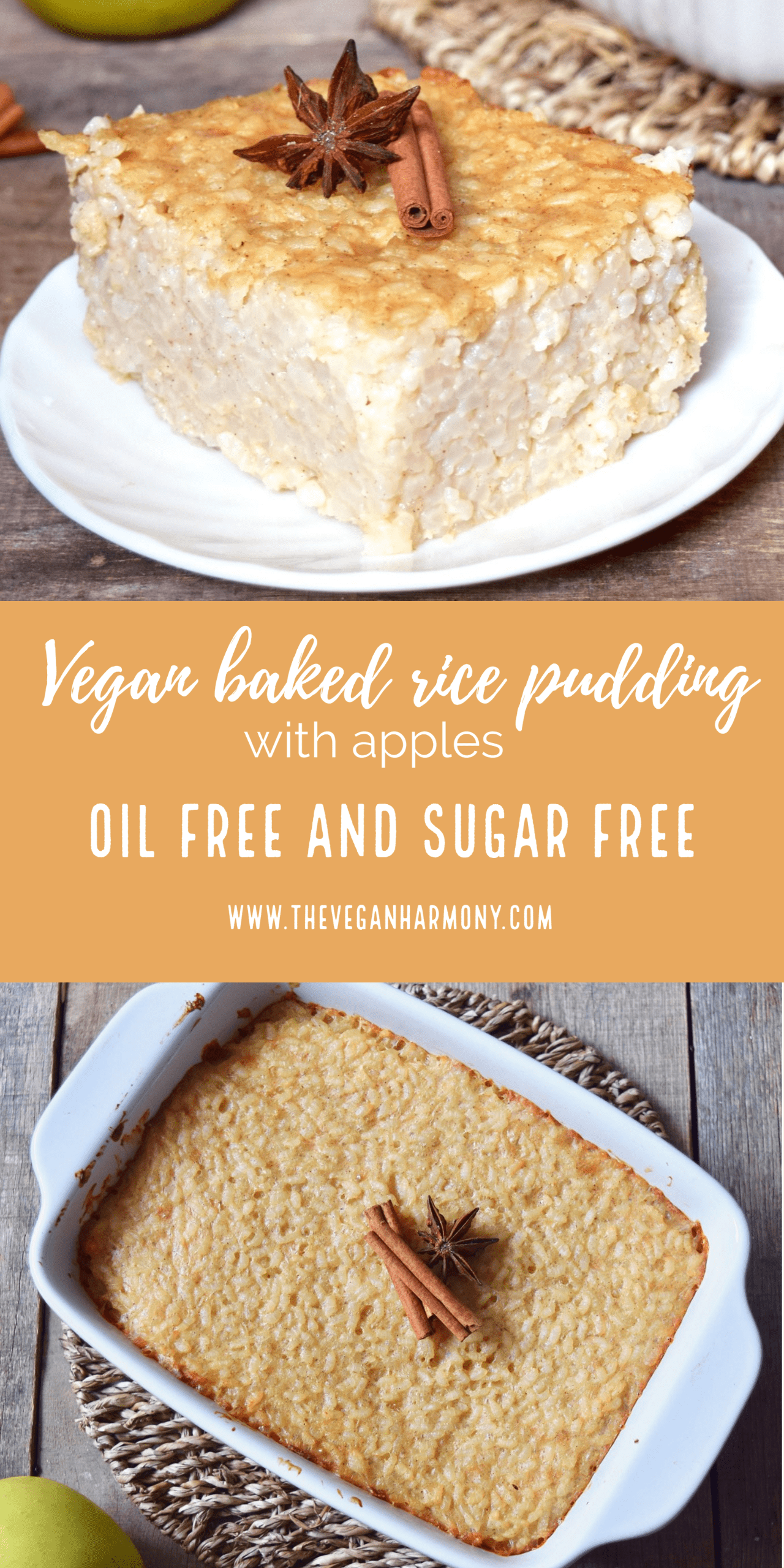 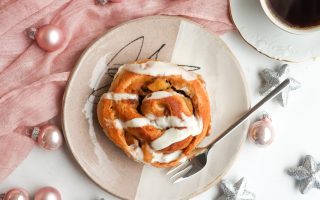 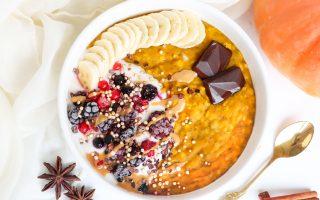 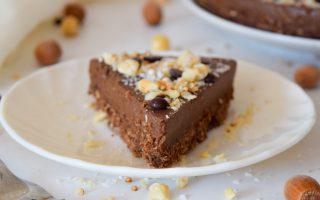