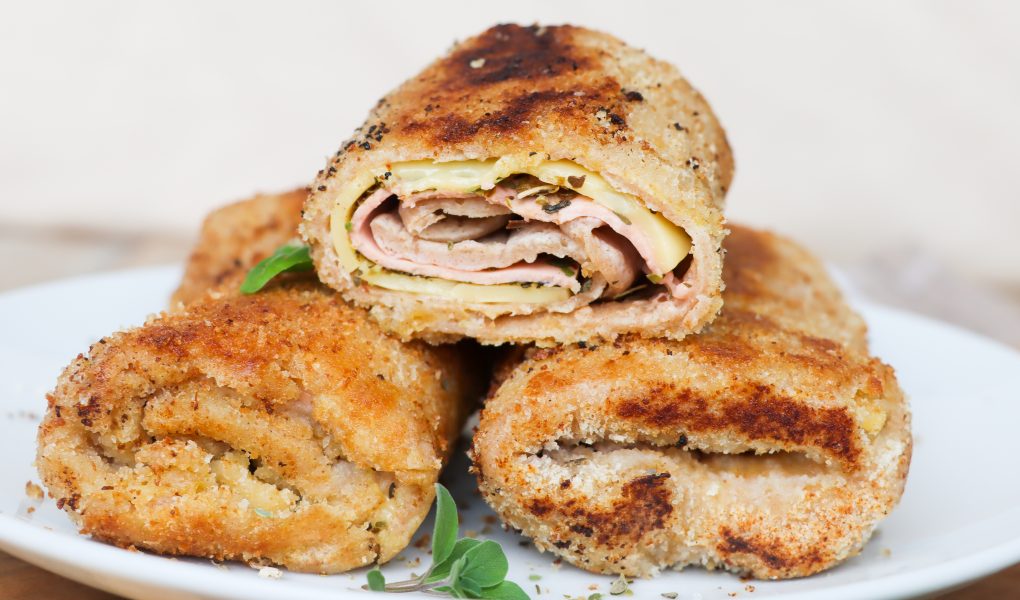 Crispy and golden fried pancake cannelloni stuffed with vegan cheese and vegan salami are a delicious addition to meals. 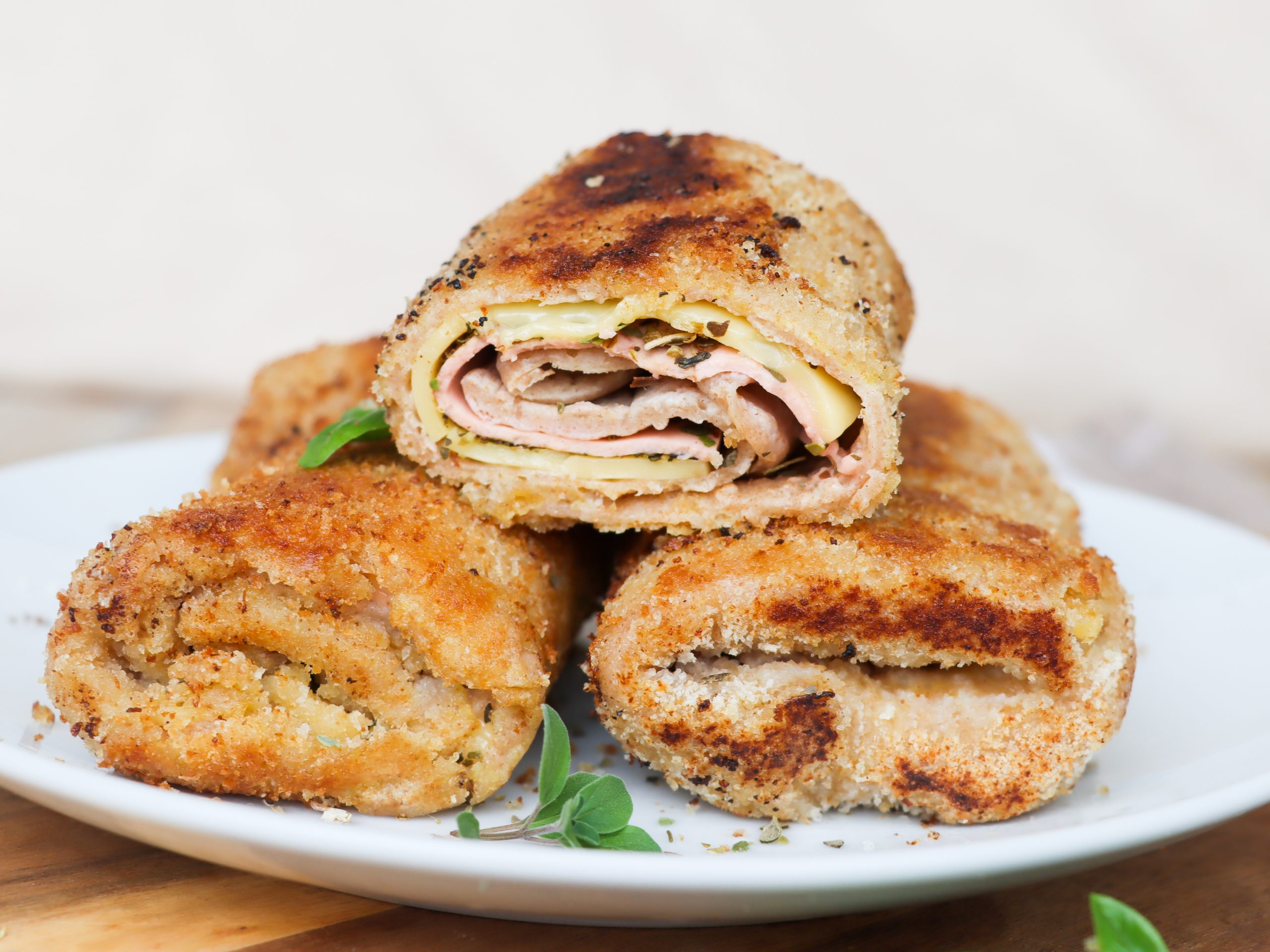 Pancake cannelloni are an extremely tasty dish that will impress you with the texture and combination of flavours! They’re not made with pasta like regular cannelloni, but with pancakes! Pancakes are then filled with vegan cheese, salami, spices, rolled and breaded.  A crispy, golden-baked crust and soft center with vegan salami cheese that melts in your mouth will make you drool. You can eat them along baked or fried potatoes or as a main dish. They are also delicious when cold, so you can take them on the go, to work or school. These cannelloni really impressed our family, so we will definitely make them again soon! We are sure that they will become a staple in your kitchen as well. 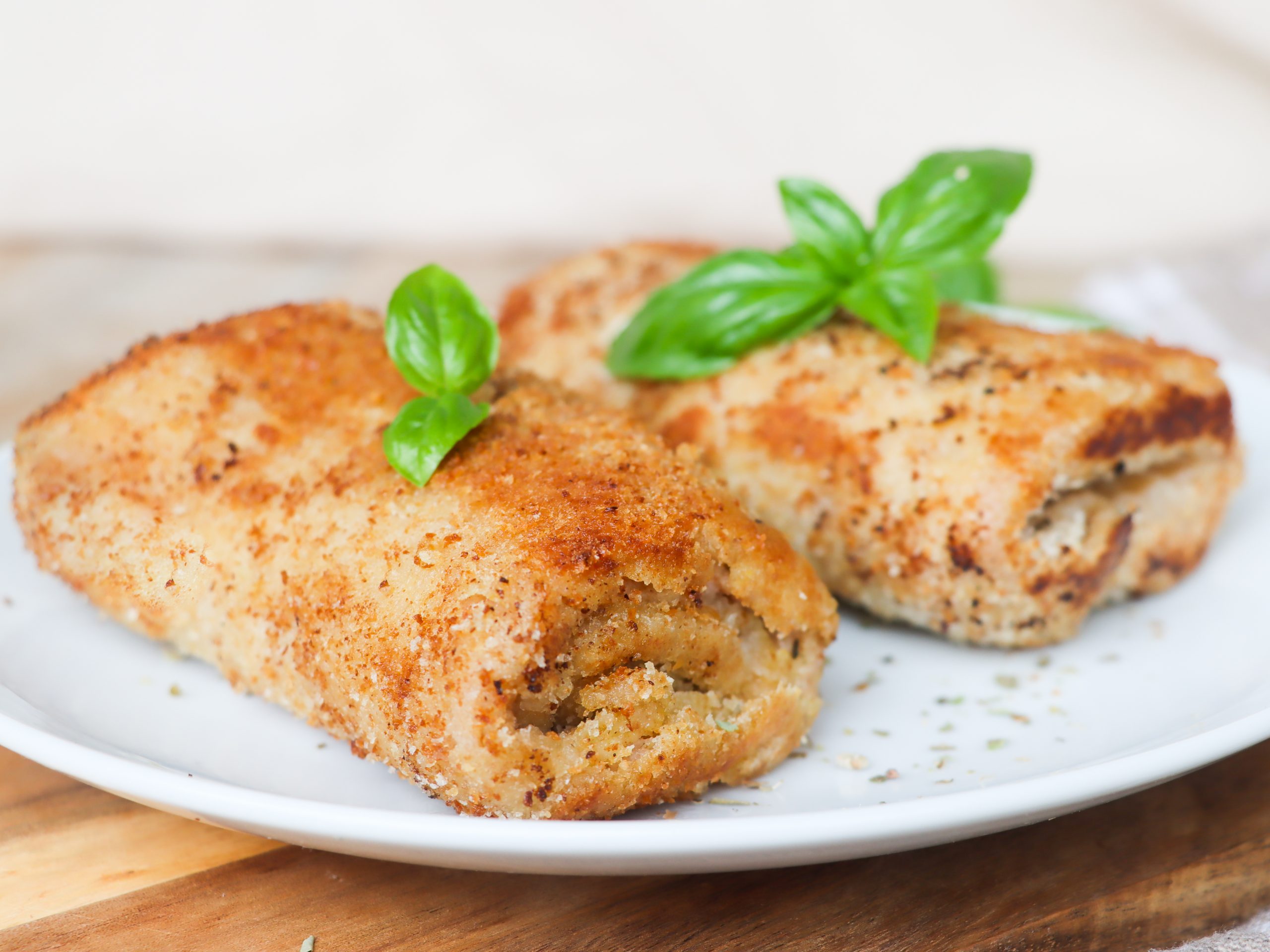 Preparing cannelloni is very easy, doesn’t take much time and you only need 11 simple ingredients for pancakes, filling and breading! 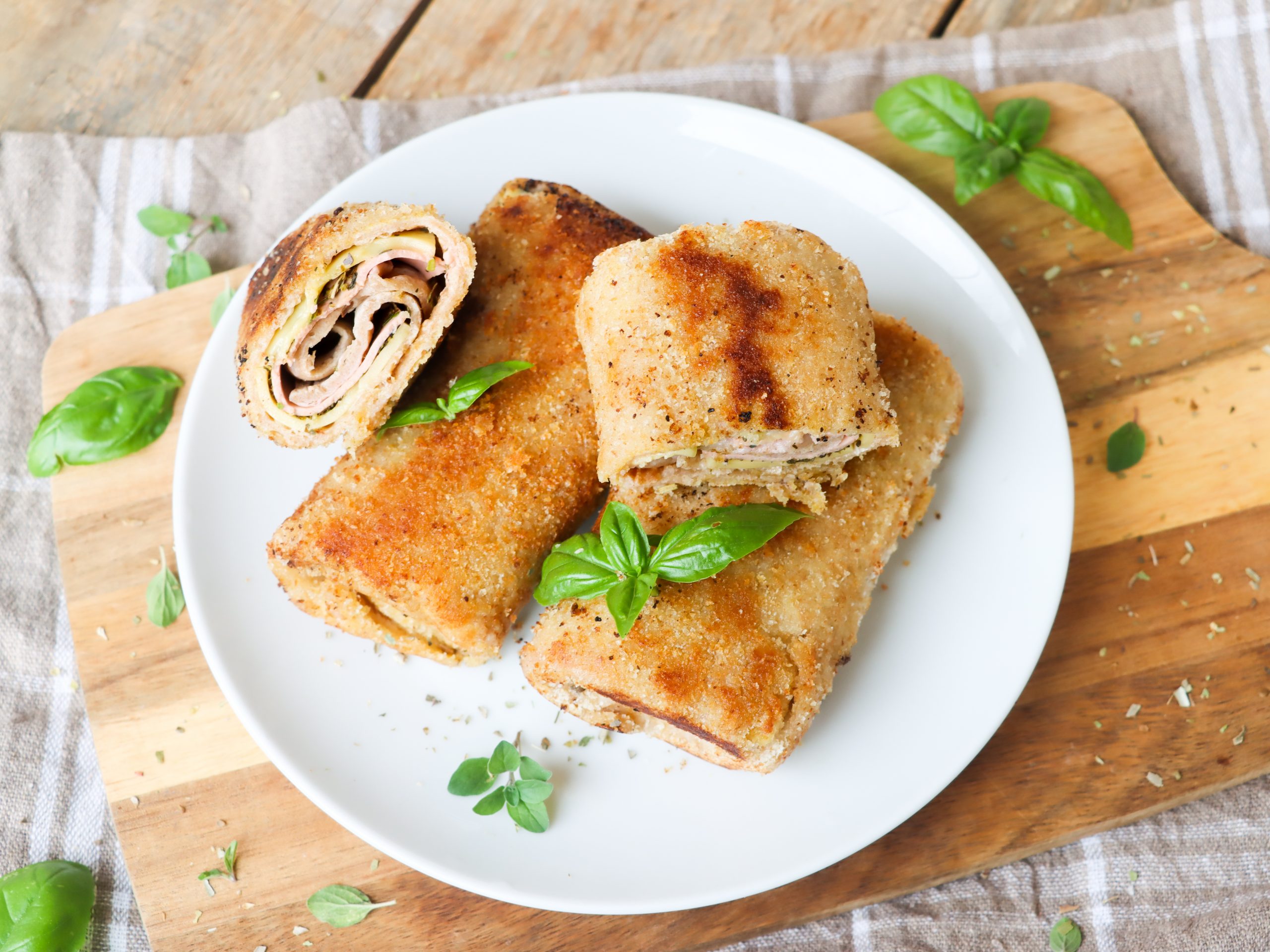 First bake 4 pancakes in larger pan, because they are easier to fill and roll. Once you have the pancakes ready, put a slice of vegan cheese in the middle of each one, add some basil and oregano, cover with vegan salami and roll as showed on the photos below. You can also add some other things, like mushrooms, corn, spinach etc. Once the pancakes are stuffed, it’s time to bread them. Dip the rolled pancakes into a mixture of flour, turmeric and water, roll them in breadcrumbs and then fry in olive oil. For easier preparation see the photos of the process below. 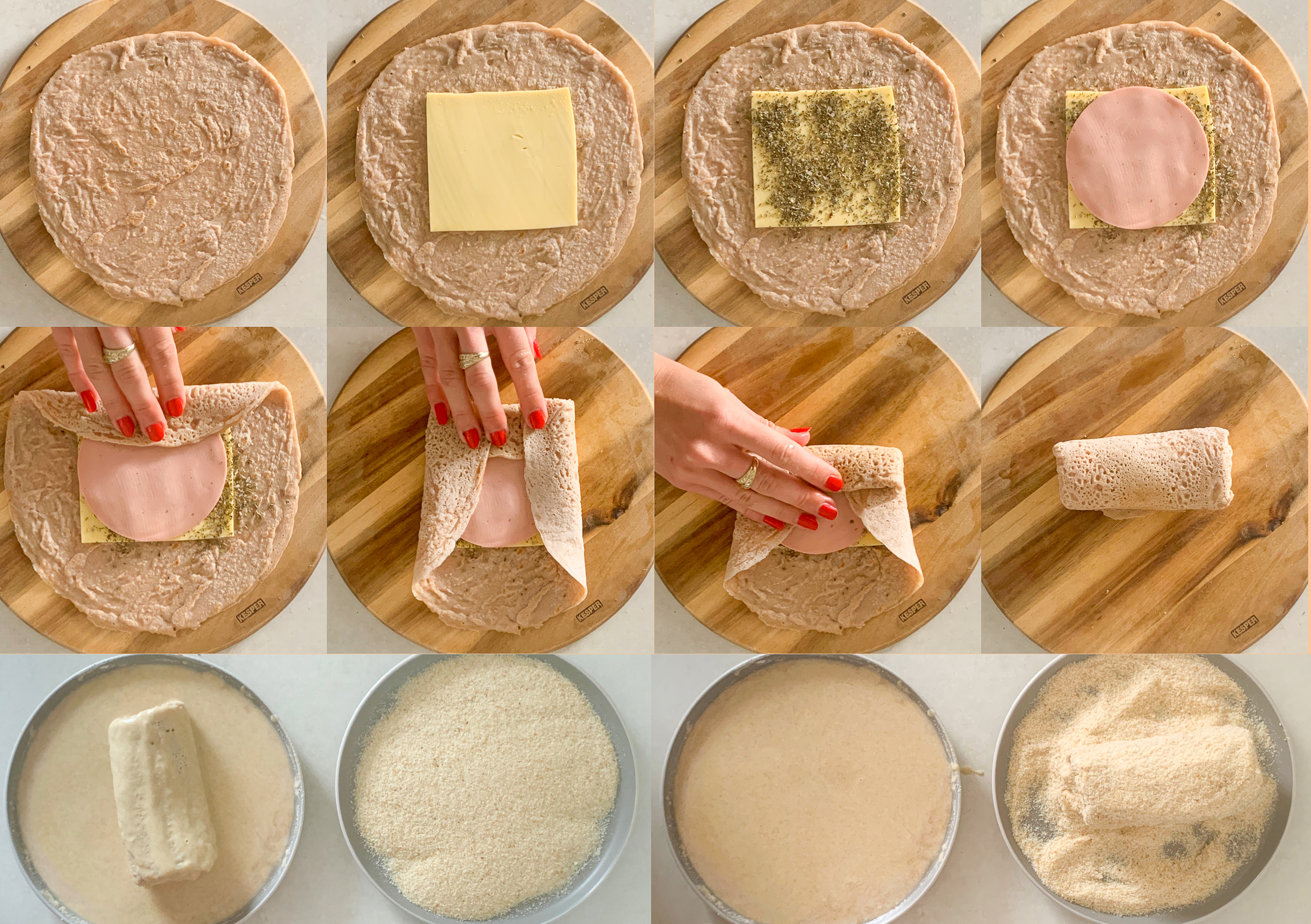 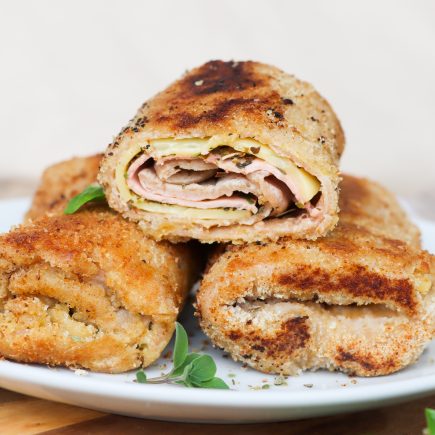 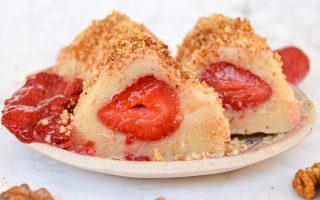 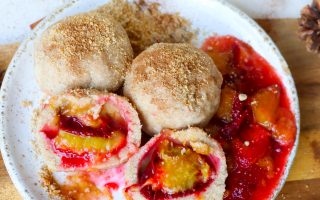 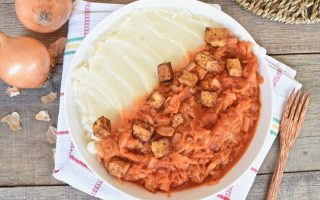 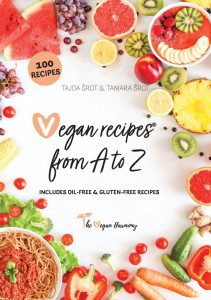